LED lights are is a proven the latest technology in energy efficient lighting. LED stands for ‘Light Emitting Diode’, a semiconductor device that converts electricity into light.

LED lights are super energy efficient, using approximately 85% less energy than halogen or incandescent lighting – meaning significant savings on your power bills. LED lights also have a much longer lifespan than other types of lighting.

Led bulbs available for standard fixtures vary in brightness from less than 50 lumens up to about 1200 lumens. The brightest led bulbs for standard fixtures are the floodlights and spotlights. The brightest of these uses about 25 watts and produces light comparable to a 120-watt incandescent.
The brightest LED bulbs with approximately the same size and shape as ordinary incandescent bulbs produce up to 600 lumens. With a few exceptions these bulbs are somewhat directional so they are most effective when pointed at the area to be illuminated.

The efficacy of the newer led light bulbs is more than five times higher than comparable incandescent bulbs. In other words, led light bulbs use only about 20% as much electricity to produce the same amount of light. However, because led bulbs direct a larger percentage of light where it is needed, in many applications they are as much as ten times as effective as incandescent bulbs, reducing energy use by 90%. In addition traditional lighting comsumes almost 80% of it power in the generation of heat, not light, An uses uses virtually all of the energy it consumes to generate light.

The number of leds is not the determining factor of bulb brightness. Different types of leds vary greatly in size and light output. The most accurate indicators of the brightness of LED bulbs are the measured lumens or lux. Lumens measure the total amount of light output from a bulb. Lux measures how bright the light is on a surface at a specified distance.

According to Consumer Reports an LED can save you $100-400 per bulb over its lifetime.

Yes. For best results, look for specially labeled packages that indicate that the LEDs are “dimmable.” Keep in mind you may need to replace your existing dimmer switch with one that’s compatible with the LED bulb of your choice.

All of our products that have an EnergyStar category are EnergyStar approved.

High Efficiency and durability are the two distinctive features of LED Lights. Thanks to the longevity over other lamp light sources, the maintenance of such device is significantly reduced. This leads to savings over energy cost, maintenance cost and overall cost of ownership

Efficacy is a term in situations where the input and output units differ. In lighting industry, we cared about the amount of light (in lumens) produced by a certain amount of electricity (in watts.)

Efficiency, on the other hand, is a term that used to describe the ratio in one factor. Say, lighting fixture efficiency is the ratio of the total lumens exiting the fixture to the total lumens initially produced by the light source.

Since most LED task lights operate at under 13W, the benefit of using a motion sensor does not necessarily outweigh the additional cost. In addition, motion sensors provide an “active” power draw which decreases the overall efficiency of the product. The motion sensor also provides one more complicated component which can fail and, if it is hard-wired into the fixture, can require replacement of the entire fixture if it fails.

An LED does not burn out like a standard lamp, so individual diodes do not need to be replaced. Instead, the diodes gradually produce lower output levels over a very long period of time. If one LED fails, it does not produce a complete fixture outage.

LED fixtures must be designed with junction temperature thermal management as a key component and use the correct LEDs. These products will then be robust enough to operate in most ambient temperature applications. Unlike fluorescent sources, cold temperatures do not impact the performance of LEDs.

Gorgeous lighting from LEDs? It’s true – an innovation that illuminates people and surroundings in color-rich light. Experience all the benefits of incandescent lighting, without high energy costs or environmental impact.

It’s not your imagination – it’s science. Smart Start Lighting (SSL) do look more natural than CFLs. SSL lights have a higher color rendering, so everything under them looks more vibrant and lifelike. Choose warm or cool lighting. Warm lighting gives a traditional and luxurious feeling that homeowners have come to expect. Cool lighting creates an effective work environment or brings a contemporary look to a home.

SSL lights are designed to blend seamlessly with any architecture. The proprietary diffusing lens and reflector system deliver an optimal light distribution that softly washes walls and sufficiently illuminates work surfaces. LEDs are not visible, so you won’t be distracted by hotspots or glare. The only thing you’ll experience is life under beautiful, glowing light.

LEDs are environmentally friendly on many fronts. First, unlike HID (High Intensity Discharge) lamps LEDs contain NO mercury. In addition, some LED luminaires are RoHS (Restriction of Hazardous Substances) compliant and have been designed to provide more than a decade of near maintenance-free service. That means no re-lamping which means no waste.

• No concern over proper disposal (hopefully not simply thrown in a landfill) of old HID lamps containing harmful mercury.
• No fuel used and the accompanying pollution to service those fixtures.
• Greatly reduced potential for lane closures and other productivity and inconvenience-related costs associated with maintaining an HID system.
• No natural resources lost to produce the replacement lamps that contain mercury.
• No fuel used to move old-technology lamps from the factory (most likely overseas), to the distributor, to the contractor, to the job site.
It’s important to keep in mind all the positive and powerful ripple effects that using LED technology can have on the environment.

LEDs do not contain mercury and do not require special cleanup

Cleaning up a broken LED is simple. Sweep up the glass and light components and throw them into your garbage. If the light malfunctioned through no fault of your own and is still covered under warranty, you can contact the manufacturer to discuss a resolution.

Transformers are only needed for low voltage LED lamps. Typically LED lamps should be able to operate on both magnetic and electronic transformers. However, there are many LED products in the market that only operate on one type of transformer. It is important to verify this information prior to considering an LED lamp most suitable for your application. The transformer can also be built directly into the fixture. 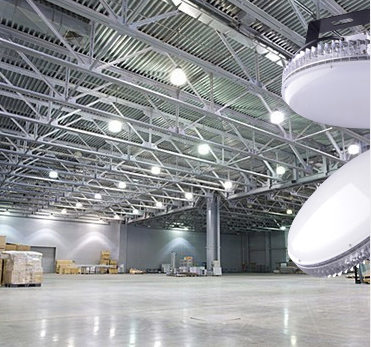